The most secret of messages… cracked!! 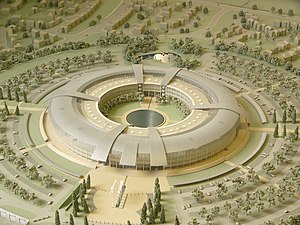 A model of the GCHQ headquarters in Cheltenham (Photo credit: Wikipedia)

In a past post I mentioned the serendipitous discovery of an encrypted message attached to the leg of a pigeon. The message, from WWII, had eluded the experts at GCHQ and the contents of the message were therefore not known. Well, it seems that a Canadian citizen has managed to do the impossible and cracked the code. His name is Gord Young, and he has been quoted saying that it took him 17 minutes to decipher the code. How did he do it? Well, it seems that he was able to do it with the help of a code book inherited.

So what is the content of the most secret of messages? Mr Young says the note uses a simple World War I code to detail German troop positions in Normandy. Here are the alleged contents of the message:

Is this what the message say? Well, GCHQ is surely interested in talking to Mr Young about his work… What do you think?