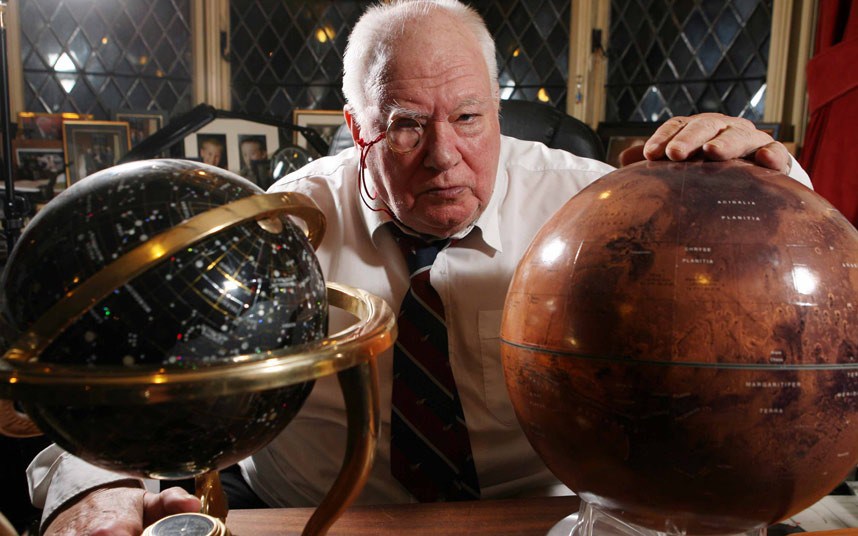 Sir Patrick Moore was an inspiration to generations of astronomers and scientists in general. He presented the BBC programme The Sky At Night for over 50 years, making him the longest-running host of the same television show ever. The first programme was on April 24th, 1957. Sir Patrick’s last appearance was last Monday, December 3rd, 2012.
He wrote dozens of books on astronomy and his research was used by the US and the Russians in their space programmes.