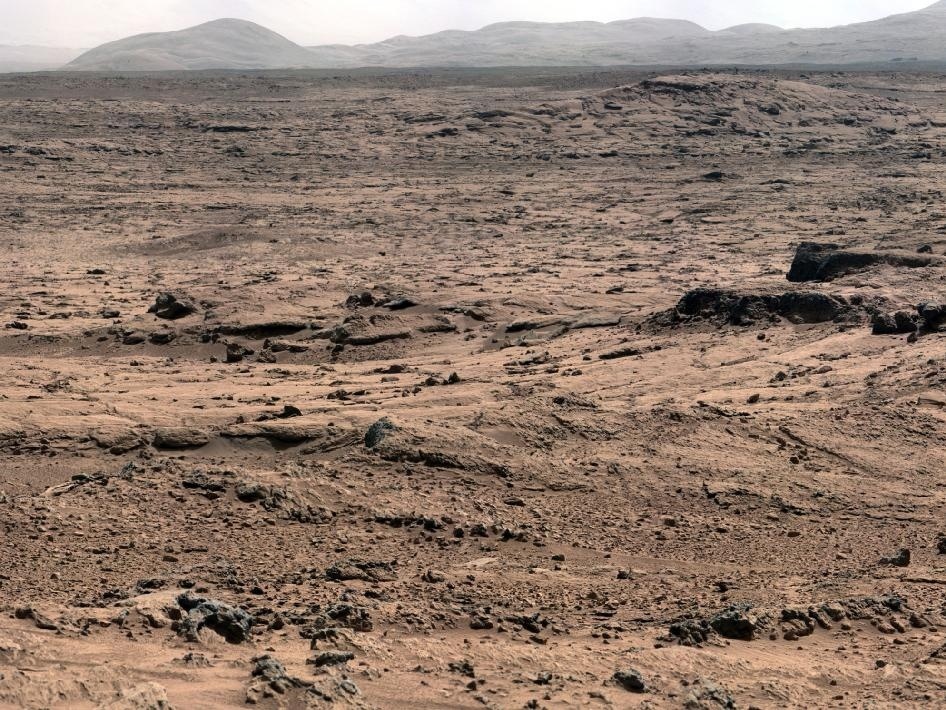 In the tradition of Advent Calendars, I will be posting some science related entries from today up until Dec 24th… So, here’s the first entry:

Panoramic View From ‘Rocknest’ Position of Curiosity Mars Rover
This panorama is a mosaic of images taken by the Mast Camera (Mastcam) on the NASA Mars rover Curiosity while the rover was working at a site called “Rocknest” in October and November 2012.

The center of the scene, looking eastward from Rocknest, includes the Point Lake area. After the component images for this scene were taken, Curiosity drove 83 feet (25.3 meters) on Nov. 18 from Rocknest to Point Lake. From Point Lake, the Mastcam is taking images for another detailed panoramic view of the area further east to help researchers identify candidate targets for the rover’s first drilling into a rock.

The image has been white-balanced to show what the rocks and soils in it would look like if they were on Earth. The raw-color version, shows what the scene looks like on Mars to the camera.