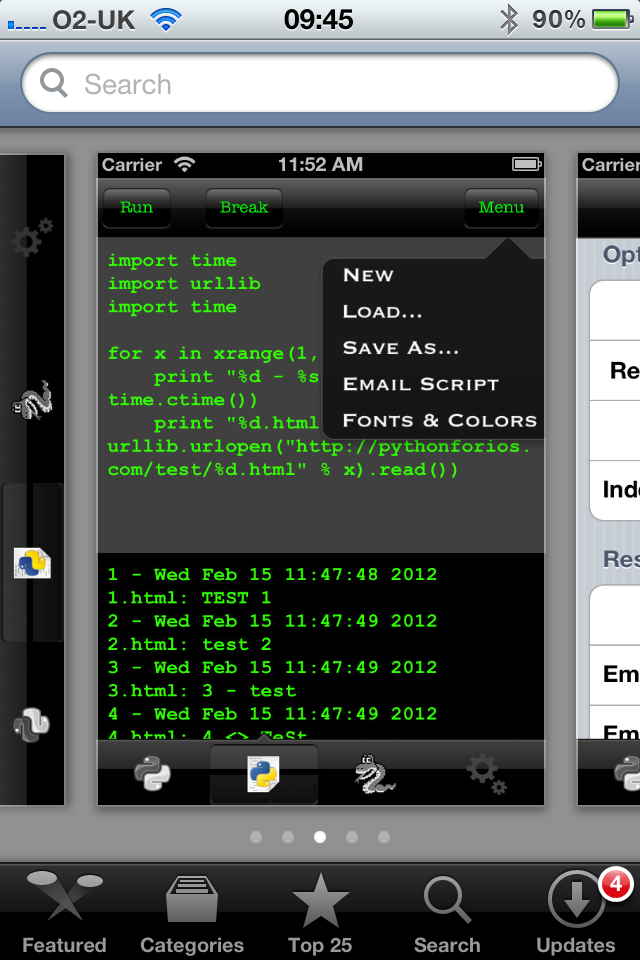 There used to be a time when computers came with tools for someone to start programming, something like a version of BASIC would get you started. That has changed to the point that some users cannot even imagine how to interact with their machines without a nice, eye-candy, even cumbersome graphical interface.
iPhones and iPads are indeed powerful devices, but in their wisdom Apple would not let you easily program them. Fortunately people are not easily convinced to drop it and recently I came across Python for iOS which is available in the AppStore. The application provides us with a simple Python interpreter that make it easy to use in these devices. The user needs to remember that the application does not create native apps, but the tool might be very handy in conjunction with a more advanced development tool. Also, it has the added bonus of allowing newcomers to start programming in devices that are largely seen to be purely as consumer ones as well as using a popular language.

Will you give it a go? Let me know what you think.