What kind of probability are people talking about when they say something is “highly likely” or has “almost no chance”? The chart below, created by Reddit user zonination, visualizes the responses of 46 other Reddit users to “What probability would you assign to the phase: <phrase>” for various statements of probability. Each set of responses has been converted to a kernel destiny estimate and presented as a joyplot using R. 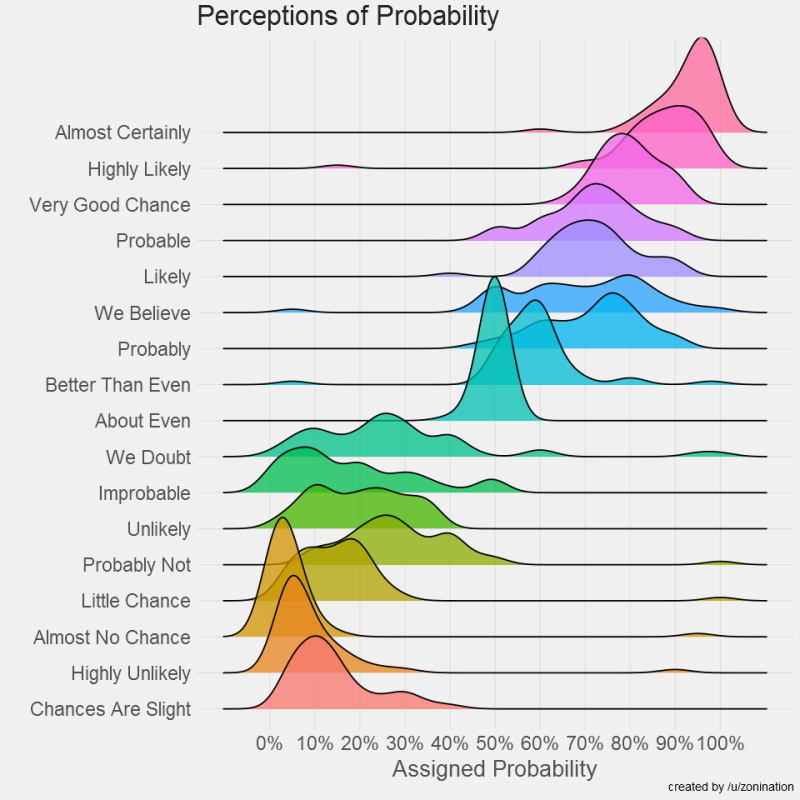 Somewhat surprisingly, the results from the Redditors hew quite closely to a similar study of 23 NATO intelligence officers in 2007. In that study, the officers — who were accustomed to reading intelligence reports with assertions of likelihood — were giving a similar task with the same descriptions of probability. The results, here presented as a dotplot, are quite similar.

For details on the analysis of the Redditors, including the data and R code behind the joyplot chart, check out the Github repository linked below.