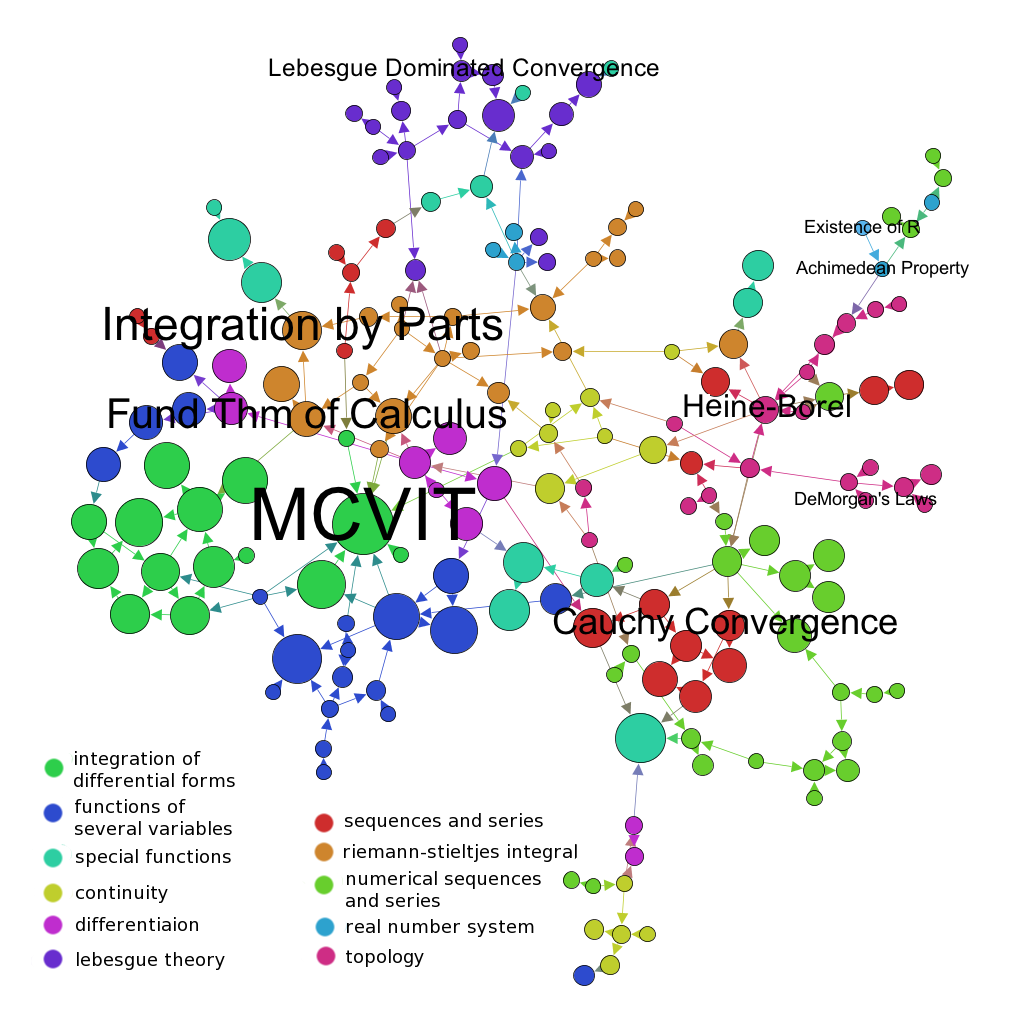 Scientific knowledge is built by building up on hypotheses and theories, repeatedly check them against observations of the natural world and continue to refine those explanations based on new ideas and observations. In the case of mathematics, that knowledge is organised in an incredibly structured manner. Starting up with properties of natural numbers, called axioms, and slowly working our way up, reaching the real numbers, calculus, and… well beyond. To prove new theorems, mathematicians make use of old theorems, creating a network of interconnected results—a mathematical house of cards.

Andy Reagan has recently published a blog post entitled “What’s the most important theorem?” where following Walter Rudin’s Principles of Mathematical Analysis, he displays them as nodes in a network.