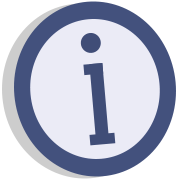 I am generally quite happy with using a Mac and things seem to be going quite well with my machine. Nonetheless, I could not resist upgrading my operating system from Leopard to Lion… after all, Apple markets is as “the most advanced desktop operating system“. The update itself happened without a glitch, but the machine seemed to have become more sluggish. I assumed it was the number of applications that I had installed and the fact that some of them, such as Maple 9.5 and the version of PhotoShop that I had relied on the usage of Rosetta to work. I got rid of the newly obsolete software, but this did not sort the issues.

One of the more annoying issues, even more than the lack of malleability in Launchpad, was the very insufferable fact that the screensaver acquired a mind of its own: it would just spring into action on its own even when I was typing or using the mouse… After searching for a solution, the only thing that worked was to turn the screensaver off… Now, this is not ideal. But now I think I have found the answer: the problem was the limitation that Air Display has when installed in Lion.

Avatron, the makers of Air Display (a screen extension software) know about this and although they mentioned that only certain models are affected, I found that as soon as I got rid of Air Display not only my machine did not run into troubles with the screensaver but also woke up from the horrendous sluggishness it had been suffering.

How to uninstall Air Display: