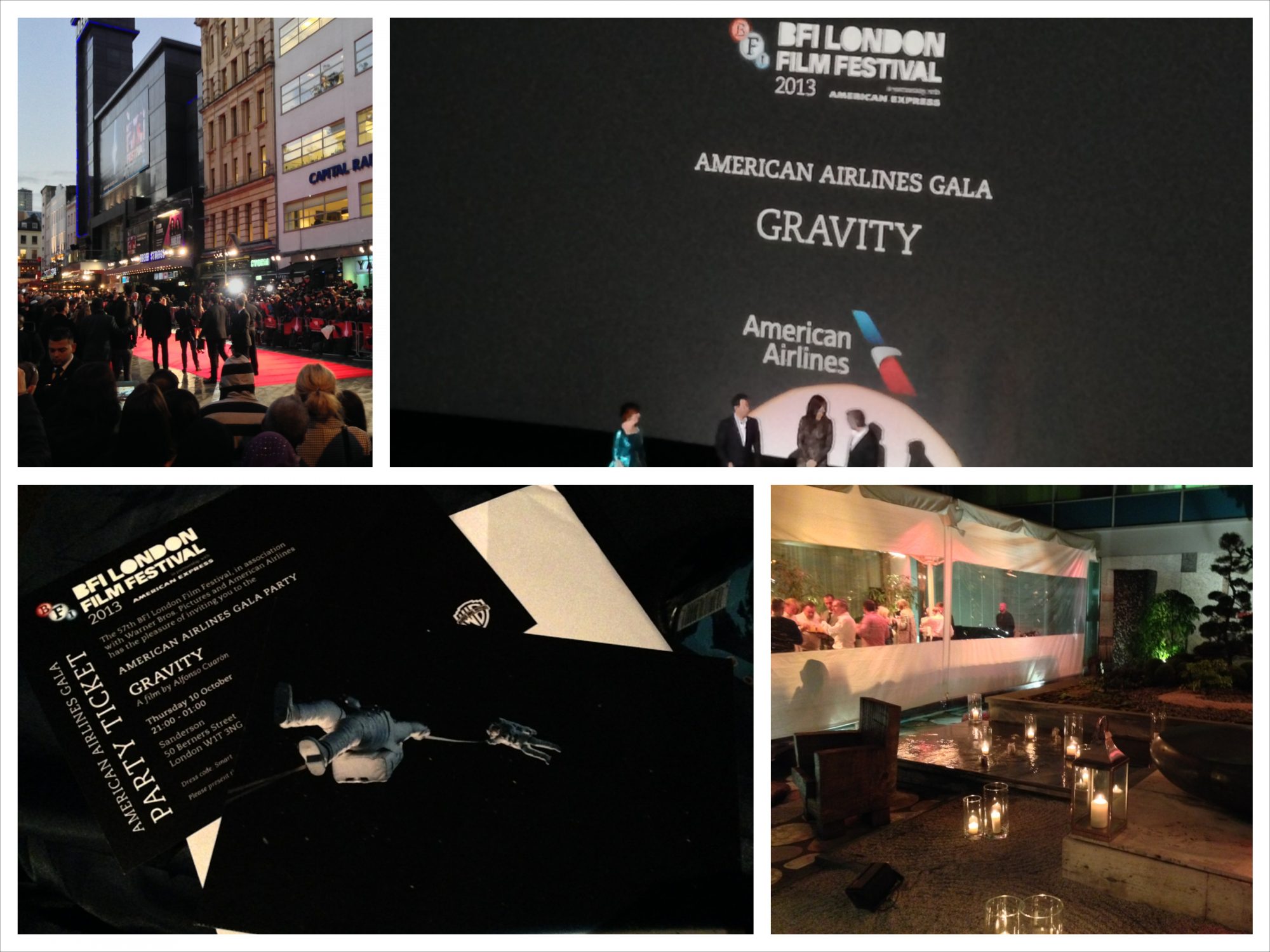 I had the chance to go to the premier of Gravity during the London Film Festival last Thursday. I was not expecting the red carpet treatment and the after-screening party, but hey… who am I to say no.

The evening was pretty cool and I had the chance of seeing Sandra Bullock and George Clooney. The film is great and I really enjoyed it. The whole experience was enhanced by an interview I had heard beforehand with Michael Massimino::

“What I was amazed at was the detail, the accuracy of things like the Hubble Space Telescope, the Space Shuttle, our payload bay. I saw some of my tools floating behind (actress) Sandra Bullock’s head,” Massimino said in an interview on “The Lead with Jake Tapper.”

It is an interesting sci-fi film and one that I recommend watching.

Here are some bits and bobs that may be of interest: