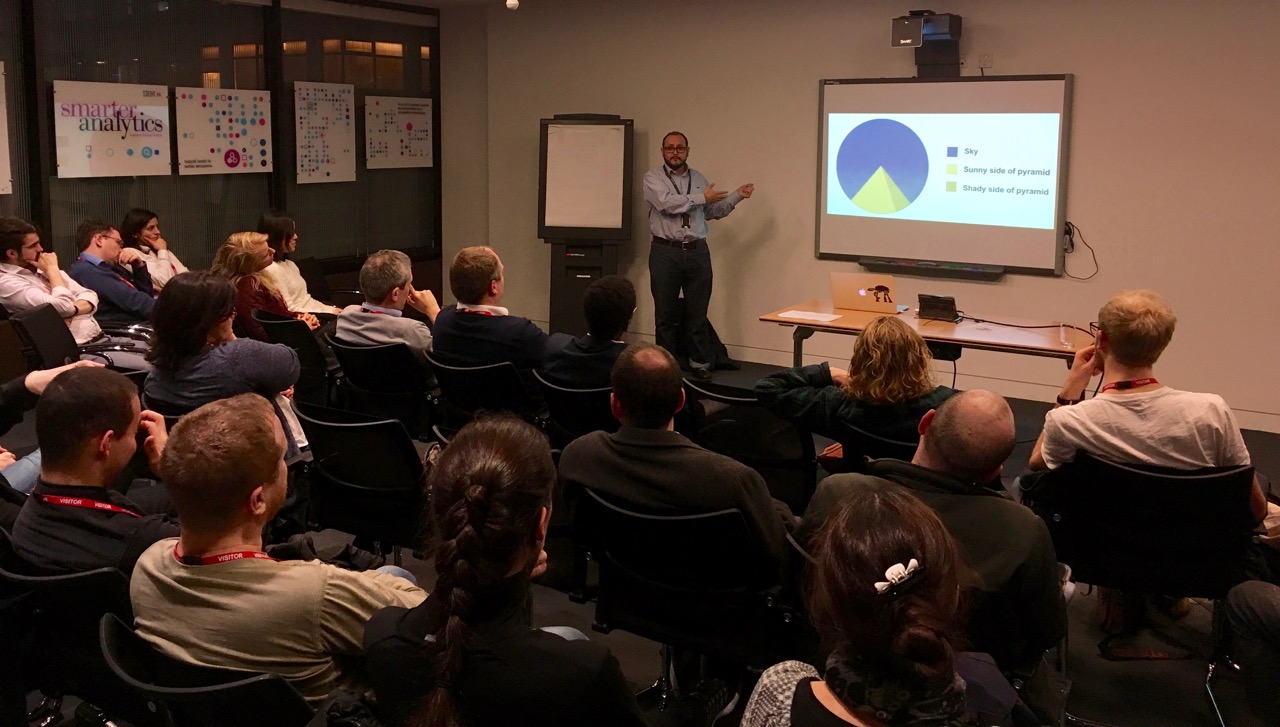 Last week I had the opportunity not only of hosting, but also of speaking at the Data+Visual Meetup organised by Eric Hannell. The occasion was well attended and not just by those interested in data visualisation, but also in big data as the Big Data Developers in London meetup took place concurrently.

The Data+Visual started up with a talk by Andy Kriebel and his Makeover Monday project:

In 2016 Andy Cotgreave will be joining me on the weekly #MakeoverMonday series so that we can compare how we each quickly take a foreign data set and turn it into a more meaningful visualisation. We’re also very curious to see our different approaches.

I took the open invite that Andy has made to take part, and I have posted my first Makeover Monday visualisation.

As for my talk, well, I wanted to use it  as a reminder of the uses that visualisation of data and information has in every-day life and of the best practices that one should bear in mind when putting together a visual. Since data visualisation can be used (among other things) for:

we should take into account how the visualisation is going to be consumed, the audience and the message that we want to transmit. During the talk I showed some examples where data visualisation has been used effectively, but also some where it has’t (and how they could be improved). The aim is not to criticise (no-one deliberately goes out of their way to make a bad visual), but to learn.

Enjoy and catch you soon.

1 thought on “Data+Visual Meetup – “Data Visualisation: The good, the bad and the ugly””